A Mega Honour of LIMS

With the blessings of Allah LIMS has won 3 highly prestigious International School Awards 2019 from the British Council as per following details:

LIMS joined international journey facilitated by the British Council in 2007-8 by working locally and collaborating internationally with three schools of Pakistan and three schools of UK, through multiple projects of Connecting Classrooms Programme. This international partnership that continued for three years along with an extension of sixteen months, enabled LIMS win prestigious ISA from UK in 2012.

This broadened the vision of LIMS, strongly promoted international ethos in classes where activity based learning, project work, community service, group work and student presentation continued, and LIMS consolidated the evidences for re-accreditation of ISA. Students greatly enjoyed exchange of work and Skype sessions with their national and international partners.

•      LIMS primary classes collaboratively worked on different projects with students of Palestine, India and Vietnam, along with numerous schools of Pakistan.

Director and Principal extend their heartiest congratulations and greatly appreciate the coordinators, teachers and students who worked very hard for all projects and activities that were evidenced in the three ISA portfolios which greatly impressed the assessors and the British Council management.

Another Student of LIMS wins an International Scholarship!

By the grace of Allah, Hamza Afridi of  Class X B, who flew to United States in September 2016, as a recipient of K-L YES Scholarship, is doing extremely well at a High School at Michigan, USA. He studied Advanced Placement, Environmental Science, Algebra 2, Field Science, Fitness, History of US and Photography in his 1st semester and secured A grade in all the subjects except for one.  Hamza not only is maintaining excellent academic standards but is also projecting Pakistan and its culture through presentations and community service as well. His subjects for the next semester include Economics, Creative Writing, Sociology, US History, Fitness and Physical Education. We wish him brilliant success at US. 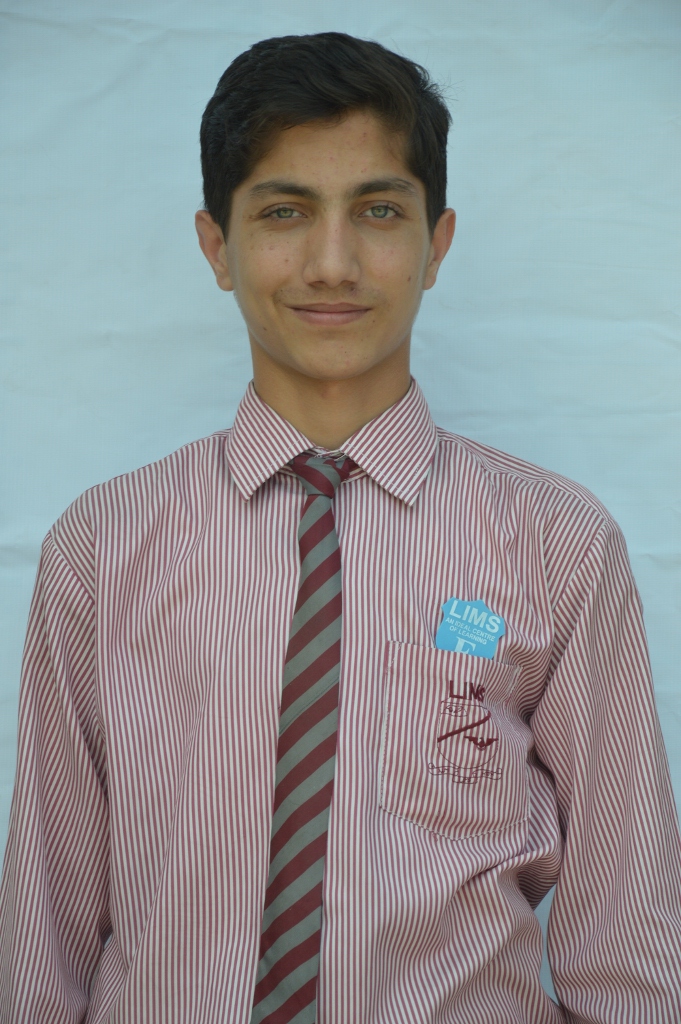 LIMS had the honour of being the first private school of KPK, to win the International School Award from the

out various curriculum based activities this year. The activities undertaken included My Charity Pot has a

Microbusiness. Students of different classes from both Girls & Boys Sections took keen interest in the

has been shared with local and international partner schools.

LIMS with the grace of Allah has won another international scholarship this year where Ayesha Hakeem of Class X (2015) will be going to USA in June, InshAllah for a month. She will attend a training program for future Engineers being organized by Rhode Island University, USA. This is the 2nd International Scholarship LIMS has won this year. The first being Kennedy-Lugar YES (Youth Exchange and Study Program) Scholarship at USA for a year, Which will be attended by Furqan Abbas of Class X (2015) of LIMS.

The Director conducted leadership training, on behalf of the British Council, in three different cities of Pakistan, at Islamabad from April 27 to May 1, at Muzaffarabad, Azad Kashmir from May 4 to 8, and at Lahore Punjab from June 2 to 5, 2015. These trainings not only prepare present and potential leaders for excellent leadership practices, but also develop their abilities for incorporating international dimension and global perspectives in education at their schools irrespective of the location of the schools. Good practices at LIMS in this respect are shared with them as ideal and model practices.